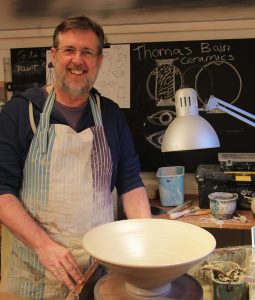 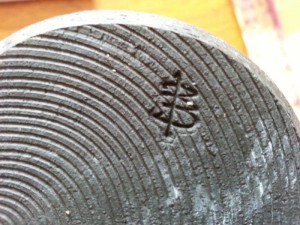 A love of ceramics and creative pursuits has been a constant in Tom’s life, from a young age he has been immersed in a world full of artistic influence. His father and mother were both art teachers, his father Peter Bain a Painter, selling and exhibiting his work.

Another major influence in his life is his maternal grandmother, after a career in architecture in her 50’s Joy Nightingale who already was an accomplished water colour painter, and a talented sculptor; began to explore the medium of clay and became a talented potter. Joy taught well into her 80’s in a studio in her garden in Totnes. Tom spent a lot of time as a child with his granny; she taught him how to work with clay and ignited a passion for ceramics which still influences his studio work all these decades later.

Another influence in Tom’s life has been the leach family, he has memories of sitting in his grandmother’s house, eating breakfast and sipping hot coco out of Bernard Leach stoneware.  These highly sort after pieces of ceramics were used daily; they had been swapped for honey from his grandparent’s bees. Bernard and of Toms Grandparents were friends, their Children David and Michael Leach attended the school where Tom’s Grandfather was director of Music.  The immense and ever present legacy of Leach pottery in St Ives and the Leach dynasty is a huge inspiration in Toms’ work.

Tom went to college in Havant and studied art and ceramics, Peter his father taught at the college at this time and continued to do so until his retirement.  Whilst at Havant, Tom was taught by Eric James Melon, he continued to build on the knowledge and skills he had learnt from his grandmother in Totnes, spending summer holidays helping his grandmother with her pottery, and to organise exhibitions with the Devon Guild of Craftsman.  With the encouragement of family and his teachers Tom went on to study 3D design for a BA (Hons) degree at Loughborough College of Art &Design, specialising in Ceramics. 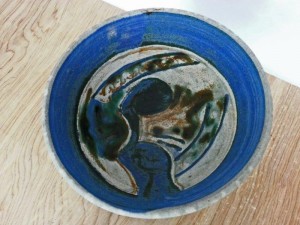 He went on to be an instructor in Ceramics at a sixth form college. Further study saw him graduate again, gaining a Postgraduate Certificate in Education in Art & Design at the City of Birmingham Polytechnic in 1988. Tom went on to teach Art and Design in a number of schools across the Midlands; In addition to Ceramics he also had a particular interest in painting and drawing, graphics, stage set design and design technology as well as designing and setting up exhibitions. Toms teaching career lasted 12 years before he moved on to working with children in the care system, he then went on to start his own business which he and his partner ran together for many years, he then moved on to pasture’s new and he currently works for the West Sussex County Council as well as working on his pottery. 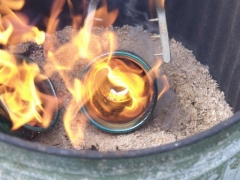 Tom has built a studio at his home, he has a gas fired kiln and a number of Raku kilns, giving him the freedom to experiment with form, firing techniques, throwing and hand building ceramics. Tom mixes all his own glazes, giving him the creative control to get the desired finish on his pieces. His work is inspired by the beautiful West Sussex landscapes and the outstanding natural beauty of the Chichester harbour area, where he lives with his wife. Tom exhibits his work in local galleries and creates commission pieces. If you would like any further information or to ask Tom about his work, please use the contact section to get in touch.